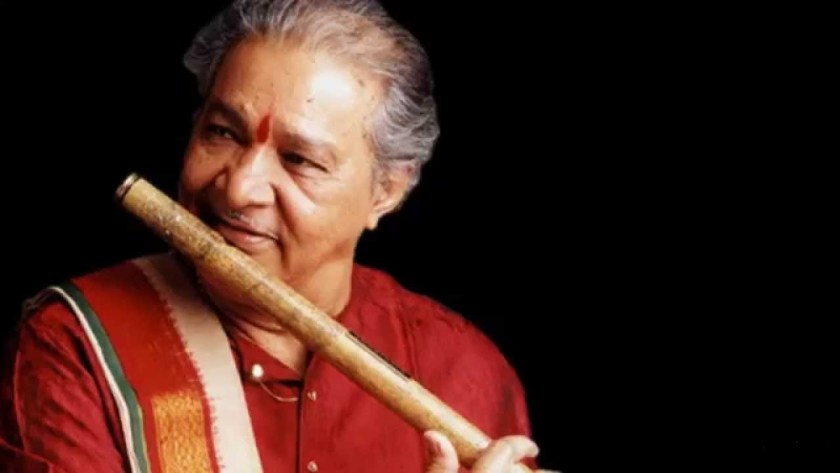 Last week I had the good fortune of hearing Pandit Hariprasad Chaurasia play at a concert. His music transports you into a world of magic. His musical journey however has a very unlikely beginning. His father was a wrestler and wanted his son to be one too. However, Panditji had his own inclination and started learning the flute on the sly. In his teens, he got a job as a staff artist with Cuttak radio in Odisha. Soon he became popular and started accompanying artists in their performances.

Couple of years later, he was transferred to Mumbai. After doing a couple of Bollywood films, he felt he was not growing as an artist. He needed more. What did he have to show for personal growth and creativity! That’s when he sought out Smt. Annapurna Devi. She is Baba Allauddin Khan’s daughter, Ustad All Akbar Khan’s sister and Pt. Ravi Shankar’s ex-wife. She refused to teach him. After a lot of persistence, when she finally heard him play the flute, she told him that she was willing to teach him only if he unlearnt all that he had learnt.

So here’s a situation where an individual is following his passion, his sense of achievement propelling him to learn and perform better. At the seemingly high peak of his career, he has to unlearn all that he has been appreciated for till now.

This is what Pandit Hari Prasad Chaurasia did. He decided to play with his left hand. In one of his interviews he says, “Instead of walking straight, it was like deciding to walk backwards for the rest of your life, without looking back”. Till date, Panditji performs left handed.

Sometimes, to get better at what we do, we need to give up the way we do it – unlearn to learn. Easier said than done. I come across this situation many times during the training programs. Participants insist that they are comfortable with what they have been doing in the past and refuse to look at new perspectives. Sometimes, we as facilitators spend immense amount of time and energy to get the participants move out of their comfort zone. But the question I always ask is ‘are some of us wired to unlearn and learn faster than others?’ Is our brain neural network more open and ready for change in some of us? Is it possible to identify such people early on so the resources that we spend are optimally utilised and give us the ROI we expect?

Thankfully, with advancement in technology, help is at hand. Our game based assessment, which runs as an app on your smartphone, can now measure your learning agility. We can now spend our energy and time developing employees who are high on learning agility. For the others, we can adopt a different route (more on this later). We don’t have to run our training programs using “spray & pray” methodology. It is time to be more scientific, logical and deploy resources optimally. Similarly, we don’t have to wait for a year to know if the person who has moved departments will perform. This can be predicted early on using our assessments.

These game based assessments meet the accreditation standards of British Psychological society and have been normed for India now. We can follow-up the assessment with our world-class training and coaching programs. Be an early adopter now. My email id – smita@ableventures.in