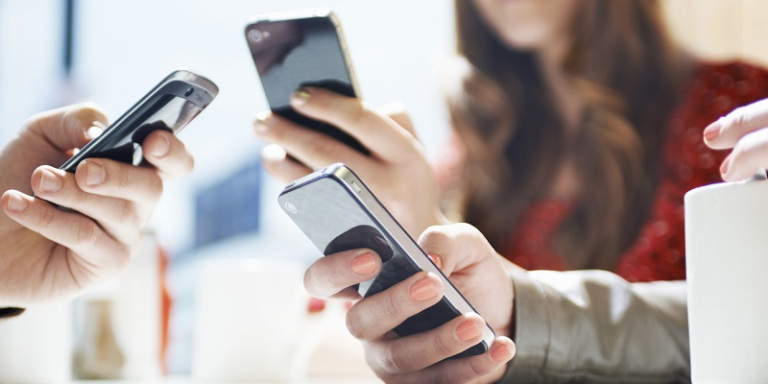 The other day, I lost my cell phone. Let me correct myself, I lost it for a couple of hours before I found it again. But what happened in the interim was nothing short of “chaos”. I am sure many of us would have experienced this one time or the other. There are a hundred things that I am dependent on my phone for – phonebook, clock, meeting scheduler, map, photo album, camera, board games, library and more. Life seemed chaotic for a couple of hours when the phone couldn’t be found.

The other day, I was surprised to see the waiting room at the dentist without TV / magazines. And there was absolute silence with not a single protest about the waiting time. U guessed it – the doctor had arranged a free Wi-Fi instead!

Agreed, smart phones have made our life easier, but they definitely have not made us any smarter. In fact, they affect our intellect negatively. A quick search online amazed me on the number of studies that have been done on the effects of smart phone usage. Here are some that you should definitely sit up and take notice of:

Distraction: For a decade, cognitive psychologist Adrian Ward, from the University of Texas has been studying the effects of smartphones and the Internet on our thoughts and our judgment. He has shown evidence that using a smart phone or even having one nearby makes it harder to concentrate on a difficult problem or job. “The division of attention impedes reasoning and performance.”

Blood Pressure and Angst: A 2015 study published by the Journal of Experimental Psychology found that when people’s phones vibrate or buzz while they’re in the middle of a challenging task, not only does their focus waver but their work gets sloppier. Further, in another study that same year, iPhone users showed that when their phone rang but they were unable to answer it, their blood pressure spiked, their pulse quickened, and their problem-solving skills declined.

Brain Capacity: Researchers from UCSD and Disney gave 520 UCSD students two standard tests of intellectual acuity. One test measured “available cognitive capacity” and the other measured “fluid intelligence,” or a person’s ability to interpret and solve an unfamiliar problem. The only variable in the experiment was the location of student’s phones. Some students were asked to place their phones in front of them on their desks; another group was told to stow their phones in their pockets or purses, and the third group was required to leave their phones in another room. The results were stunning. In both studies, the students whose phones were in view posted the lowest scores, while the ones whose phones were in another room posted the highest. As the phone’s proximity increased, the brainpower decreased.

Trust: With smart phones around, there is a constant nag in our head about all the people we could be connecting with, effectively making us unavailable to the person in front of us. Our conversations are shallow and meaningless. Want proof? In a study done in the U.K at the University of Essex, subjects were divided into two groups and asked to converse for ten minutes. Half had their phone with them; the other half had no phone present. Then, the participants were tested for affinity, trust, and empathy. The mere presence of a phone “inhibited the development of interpersonal closeness and trust” and reduced “the extent to which individuals felt empathy and understanding from their partners.”

Can we do something about it?

Yes, we can. We have access to all the information in the world; but without our ability to make sense of it, it is meaningless. In the future, having information will not be the key, but skills like problem solving, creative thinking, logical reasoning, ideation – would become more prized.

You need to decide when you want to use the phone. Let the phone not decide when it wants you to look at it. Simple things like removing notifications for social media, dialling in your spouse’s number and some key numbers manually instead of using speed dial, figuring out 1 or 2 hours in a day (in your waking time) when you will switch off the phone, keeping your phone out of sight during meetings (personal / professional), looking at the map before starting for a new place rather than depending on navigation etc.

Let’s use the smart phone smartly.

At Able Ventures, we are constantly researching on areas that can provide behavioural insights. We are launching a series of workshops ‘Brain Gyms’. These would involve master classes on problem solving, creative thinking, ideation & brain storming & more. We would love to hear from you on the areas that brain gym should cover. Do write in to smita@ableventures.in