Shark in our Tank | Able Ventures
Skip to content 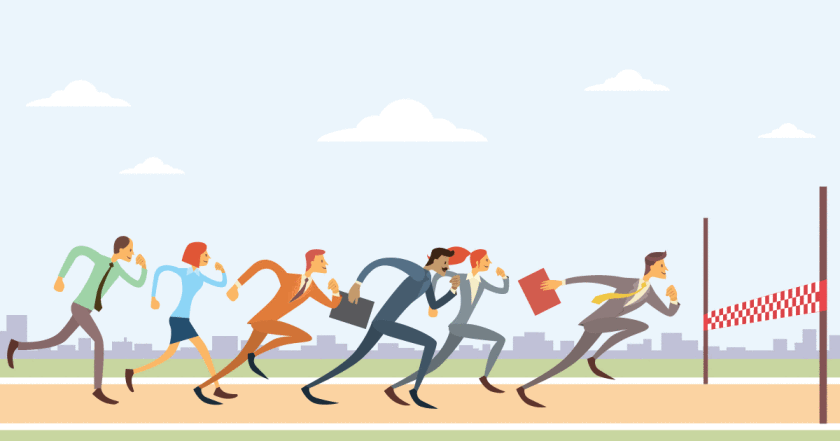 A few days back, I was with my team discussing our business strategy and growth plans. “Competition is fierce”, said one of my team members. “It is tough to keep ourselves differentiated in this cluttered unorganised space.” The statement is true. We would definitely have lead happier, more contented lives without competition but not necessarily a fulfilled one.

Here’s an old Japanese story that I shared with my team. It is a classical Japanese problem – solving case. We all know that Japanese love eating fish. So much so that for many years now hardly any fish are found near the Japanese shores. So, everyday the Japanese fishermen took their trawlers and went deeper and deeper into the sea. But they faced a problem – the farther they went, the longer it would take them to get back and this did not go well with the customers. The Japanese customers liked their fish fresh.

The Japanese fishermen were quite clever though. They installed refrigerators in their trawlers, but the Japanese customers were cleverer; they did not like frozen fish. They still preferred fresh fish over the refrigerated fish and they wanted to pay lesser for the frozen fish.

This prompted the fishermen to come up with another idea. Why not install fish tanks to keep the fish fresh? The idea looked neat, but they soon realised that this did not work either. As the tank got filled with more fish, the fish became more and more sluggish – they resigned to their fate and became motionless. The consumers wanted fresh fish, not sluggish inactive fish.

So here was a classic problem – of bringing in fresh fish from the sea – the distances were becoming longer, the customers more demanding. And then the fishermen came up with something very innovative – simple but effective – they introduced a shark into the tank. Yes, the shark did eat a few fish, but its presence ensured that the fish remained active, swimming hard to save its life. None of the fish could afford to stand still. The fishermen managed to give their customers fresh active fish.

This is a story from the book called ‘The Case of Bonsai Manager’ by R. Gopalakrishnan. We all need a shark in the tank – our organisations. In case you don’t have one, perhaps it’s time to bring in one. Presence of a strong competition fuels our survival instincts. Being in the comfort zone makes us dull and inactive.

A lot of innovation is fuelled because of the existence of ‘sharks’ and our need to stay alive. For instance, our training programs are distinct because we focus on the experience of the participant. It is not about running long power point presentations and preaching best practices. Our focus has always been on business impact and participant take-aways. Without competition, perhaps we may have never come up with innovative ways to learning.

As we reach the end of the year, here’s a big shout of thanks to all our competitors and all our clients who have helped us evolve – sometimes knowingly, more often unknowingly!! Like someone in Coke said once, “If there was no Pepsi, we would have invented it!”

Have a great weekend.