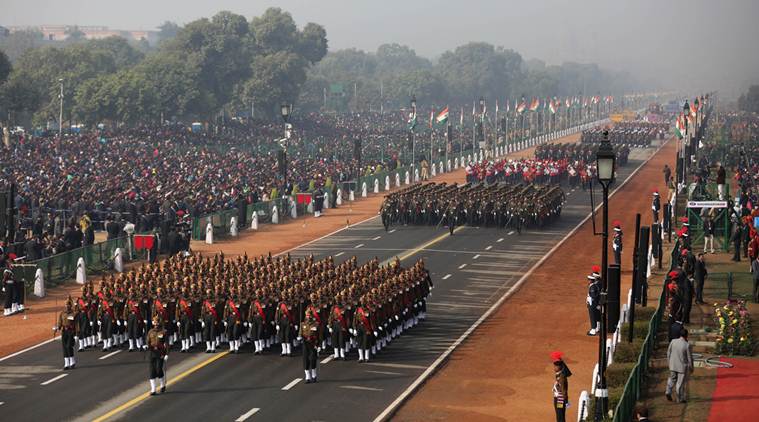 We celebrated our 68th Republic Day yesterday. As I sat watching the parade with my two daughters, I was filled with nostalgia and a great sense of pride. Nostalgia of the years gone by and a huge sense of pride which never fails to overwhelm me – on seeing the smart march of our soldiers and the huge planes that rock the sky.

While I explained the significance of this day to my daughters, I caught myself pondering on the need for rules and processes. In a democratic country like ours, majority is considered right. But that isn’t always true. Inclusiveness, diversity and empathy – can never be side-lined. On one hand, we had the Bhurj Khalifa adorning the Indian flag and on the other hand, we had the world’s most powerful country denying asylum to refugees. In a world of controversies, it would be nice to have a handbook of rules and perhaps use that sometimes to override majority – knowing that majority may not be always right.

This phenomenon is experienced by corporates also. One sure incident happened recently – A client I met said, “We don’t need psychometrics for hiring because we have a big interview panel and that too a heavy weight one! So, chances of us making mistakes in hiring is low.” Though their attrition numbers said otherwise, he insisted that attrition was an industry wide phenomena and it was not because of their hiring process or criteria.

“Knowing that majority may not always be right” – might be good place to start. Using a game based assessment might help in knowing the candidate without any subjectivity – candidate’s own (unlike a normal psychometric test) or the panel’s.

This is where having our Game Based Assessment as a rule for hiring might make complete sense in this chaotic world. Our research tells us that – GBA based hiring has improved diversity and inclusiveness among other areas.

Do write in to know more – I would be happy to share the technical manual with you on how GBA will help you in achieving your hiring goals for this year.