Popular feedback mechanisms need to be changed. Feedback is an opportunity to help someone perform better. Here’s how you can make it a more productive and impactful exercise for your organization. 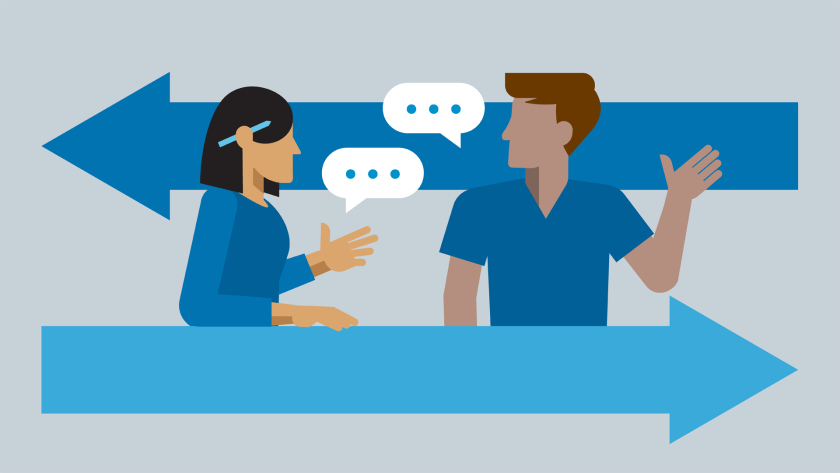 Yesterday, I chanced to over hear a conversation between my daughters (10 & 12 year olds). They were arguing with each other about cleaning up their study desks and my ears perked up when I heard ‘feedback’. Well, the situation was like any other sibling fight – heated debate on who had kept the clutter on each other’s table. My younger one turned around and told the older one, “If you don’t like what I did, you must give me feedback instead of dumping stuff back on my table.” The older one started with accusations as we always do if things don’t happen our way. The younger one came out with a very smart insight, “Tell me what I did wrong; that’s feedback. Accusing me is a blame and doesn’t help me in any way”.

It reminded me of a conversation with a CEO of an IT company I met recently. One of his challenges, he said, was about feedback. He had done many performance management trainings for his managers. The managers knew the tricks of the trade in doing a performance appraisal discussion. But the subordinates came back feeling short-changed. Bosses find it easier to give good feedback, negative ones get brushed off or come out as accusations. Some managers start with positive, blend in the negative in the middle and close the discussion with a positive note. But here’s something you might not have known about feedback before.

A recent study in the Journal of Consumer Research says that different strokes for different folks applies in feedback as well. One experiment surveyed students in beginning level French classes and advanced level French literature classes. Students had to complete a questionnaire to choose their teacher. They were asked if they would prefer an instructor who highlighted their strengths, like when they pronounced the words well, or would they prefer an instructor who brought attention to their mistakes and how to fix them.

Well, here’s what the students said. The novices who had just started learning the language wanted positive feedback while those who were in the advanced courses wanted to know where they were going wrong. And the reason for that lies in the purpose of the feedback. Novices need encouragement, they need to feel that what they are doing is working, while experts need critical understanding about their work.

But most of our managers and leaders are people pleasers, so we do what is called the ‘Praise Sandwich’. Offer praise, add in a bit of improvement areas and round it off with more praise. Net result – when the rating is published, you have a discontented, disengaged, frustrated employee. When my boss says you did a good job but there was a small problem, my mind has only heard “you did a good job”.

In another simulation, one half of the class gave one-on-one feedback to the other half about their unsatisfactory performance and improvement areas. In surveys filled out later, the group receiving feedback felt they had done a good job. Our mind filters out the negatives, stores in the positive and moves on. The problem also lies in the negative feedback being buried deep inside the conversation and not being specific.

Professor Fishbach, who did the research, also said that people giving feedback often didn’t share information, gave it too late or told subordinates about ‘what would happen’ rather than talking about what went wrong. The trick is to sound & be non-judgemental. Brain scans of people show that judgemental language or even being told you have to do things in a certain way, lead to self-censoring. Such scans show that when musicians play the wrong scales, the part of the brain responsible for judging lifts up; while that does not happen while playing a jazz improvisation.

If only we could give feedback as an opportunity to help someone perform better and not as a judgement, perhaps the difficult conversations that a lot of us are having or will have in the next few days will not be that difficult after all. At Able Ventures, we conduct research and provide insights to overcome people process challenges. Write to us to know more about performance management, assessments and trainings – info@ableventures.in