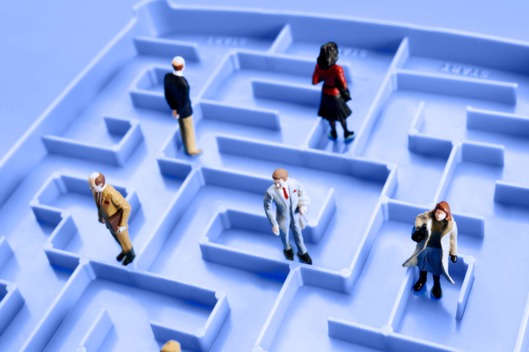 How did you pick where to eat the last time you had a craving for food?

In the popular Netflix series  Master of None, Dev Shah, a 30-year-old actor living in New York City, models one extreme approach: After deciding to get tacos with his friend Arnold, who opts for an “I’m good with whatever” approach, Dev spends 45 minutes frantically and meticulously searching the Internet for the best taco spot in New York.

Dev finally selects a particular taco truck as the best option; upon arriving there, he grills the server about the most superior taco offered, only to discover that the taco truck is all out of tortillas. “What am I supposed to do now—go and eat the second-best taco?” Dev fumes.

Life today requires dozens of daily decisions, both small—like what food to eat, which movies to go for—and large—like what career to pursue.

People vary tremendously in how they manage this overwhelming number of decisions.

At one extreme are the Dev Shahs of the world.

They are maximizers—people who carefully consider all of the potential options out there, struggle to make even relatively trivial decisions, and aim for the best in all of their decision making.

At the other end of the spectrum are satisficers. Satisficers do not feel that they always need to attain the best; they investigate fewer options and, not surprisingly, make decisions with greater ease than do maximizers.

So, which decision making style yields better results? How does your team take decisions? Do you have a team of maximizers or satisficers?

When posed with this question – most leaders prefer maximizers – in the hope that the decisions will be better. But is that the reality?

Interestingly – more maximizers in the team lead to procrastination of decisions sometimes leading to “paralysis through analysis”.

More satisficers in the team lead to contentment with status quo.