How is Alpesh smart? | Able Ventures
Skip to content

Leaders often question the capabilities of their teams. Many times they reflect on the big question ‘is my team smart’. To be effective – a smart leader moves from a questioning to discovering mode. Moving to a mode of ‘ How is my team smart’ allows us to figure the strengths of our team. Two best practices of smart leaders
1. Set off their weaknesses
2. Top off their strengths 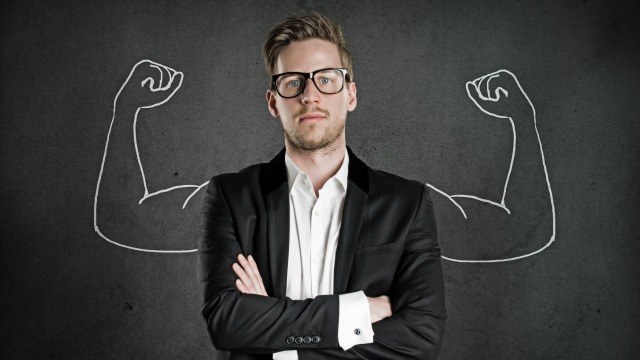 Alpesh is an intelligent person. He had been working with the current company for a couple of years now. He worked hard and was getting increments like any other employee. Things were going smoothly till he got a new boss.

Radhika, his new boss, had joined in from a rival firm. Her talent & expertise was unparalleled. Alpesh was over-awed by her fame which had spread to every corner of the company even before she stepped in.

He remembered the first meeting he had with her – she seemed down to earth and practical, quite unlike the persona that had been painted by others. She had asked for the department performance data and some very pertinent questions. Alpesh, who was usually chatty, caught himself spell-bound and despite all his efforts, ended up sounding like a mere “data gatherer”.

He thought she might disapprove his ideas and decided not to share them. “She would figure out for herself – if she was really such a big super star”, Alpesh told himself after every such meeting.

Radhika, on her part, met everyone in the department. She wanted to get the best out of every team member. The only person that puzzled her was Alpesh. He had been with the organisation for a long time and seemed to be doing reasonably well. However, he seemed to always show deference to the team ideas, giving the impression that he didn’t have any ideas.

Radhika tried her best to speak to him, often asking questions and probing more. She wanted to know what stopped Alpesh from doing better. But the question in her mind was ‘Was Alpesh really smart?’ Or was it just the oversight of her predecessor & Alpesh’s luck that he had stuck it out till now.

She was in this quandary for a long period of time; till she attended a leadership development program.

As part of the program, she decided to take a 30 – day challenge which focused her attention on the strengths of her team. The challenge was to answer a question every day for the next 30 days. After the 30 days, the facilitator had promised her that she wouldn’t have this problem again. The challenge seemed fairly simple and she was willing to give it a shot.

After 30 days, when she reviewed all entries in her diary, she had figured all the answers she needed to work with “Evasive Alpesh”. The question she answered every day helped her understand Alpesh’s ability to break down complex problems into small chunks, work with each part of the problems and come up with multiple ideas to overcome them.

To help him do this, all she needed to do was give him space and allow him to work; instead of constantly questioning his approach or micro-managing him.

This challenge & the question in the leadership development program changed Alpesh’s life & her equation with Alpesh.

This is what the facilitator told Radhika. “Instead of asking yourself ‘Is Alpesh Smart’, you really need to begin asking ‘How is Alpesh smart?’”

In a couple of months, the team also noticed the change in Alpesh. This had a ripple effect – Smart Radhika started giving him more complex jobs, and “Evasive Alpesh” was no longer evasive. He started taking on bigger challenges. Soon Radhika started appreciating his work in meetings and other forums. And yes, you guessed it – Alpesh was soon promoted to a bigger role.

The challenge that every leader has is not to worry about –

‘Is my team member smart’

‘How is my team member smart’

Like Radhika, if we focus on the strengths of our team members, we set them up for success. 2 best practices of a great leader –

In our leadership development workshops, we work closely with your team to help them understand how to get more done with fewer resources, provide them with toolkits that will help them work with their teams more effectively. Do write in to know more at smita@ableventures.in