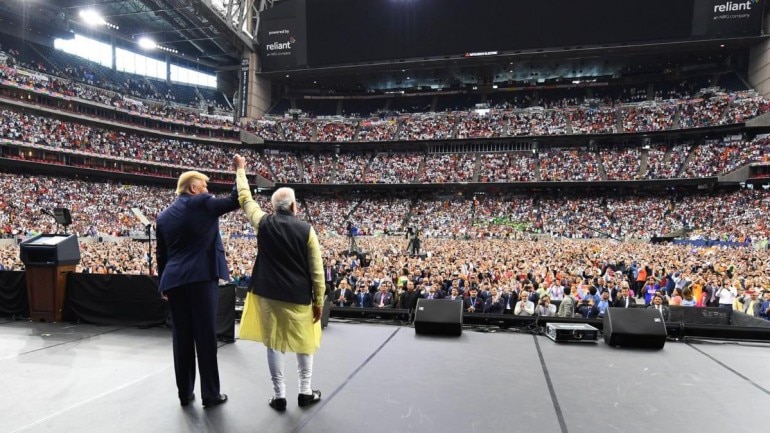 We all witnessed a historic or rather a histrionic event this week.

Howdy Modi – an event – which many admired and some shunned.

A crowd of 50,000 inside NRG stadium complex in Houston wore saffron t shirts and tri-coloured saris. There was an equally enthusiastic but smaller crowd waiting outside – protesting the event.

One could hear the huge uproar when Modi said ” Everything is Fine” in 8 Indian languages.

The excitement, the energy and the applause – all indicators of charismatic leadership in action.

Love him or loathe him – you can’t ignore him. There is no doubt that he exuded charisma.

What is it about charismatic leadership that gets people to say and do things that are hard to believe? Can charisma be learnt?

Able Ventures research team rolled up their sleeves to find out more about charismatic leadership and here’s what we found out.

Charisma is different from being charming.

“You can be charismatic without being likeable,” says Olivia Fox, an executive coach and author of The Charisma Myth.  She uses Steve Jobs as an example, someone who was deeply disliked by some of his employees but still considered to be incredibly charismatic

Charming leaders on the other hand focus too much on being liked.

Charisma can even increase people’s willingness to cooperate.

Can you train yourself to be more charismatic?

For those wanting to be more charismatic, there is evidence that it is not such a magical, or imperceptible quality as it might first seem.

Most of it stems from the way we use words and how points are conveyed. For example, in one set of the studies, a famous researcher trained middle managers at a German company to be perceived as more charismatic by using what he calls – charismatic leadership tactics.

These are made up of nine core verbal tactics which can be applied to be more charismatic. Interestingly, Modi used most of these tactics in Howdy Modi speech.

Write in to info@ableventures.in to learn these 9 tactics.

We can also help you in assessing and differentiating between charming & charismatic leaders in your team.

Want to Help Your People Grow to The Next Level ?

Use our Gamified Training Solutions which has been Customized for over 250 Companies Today.